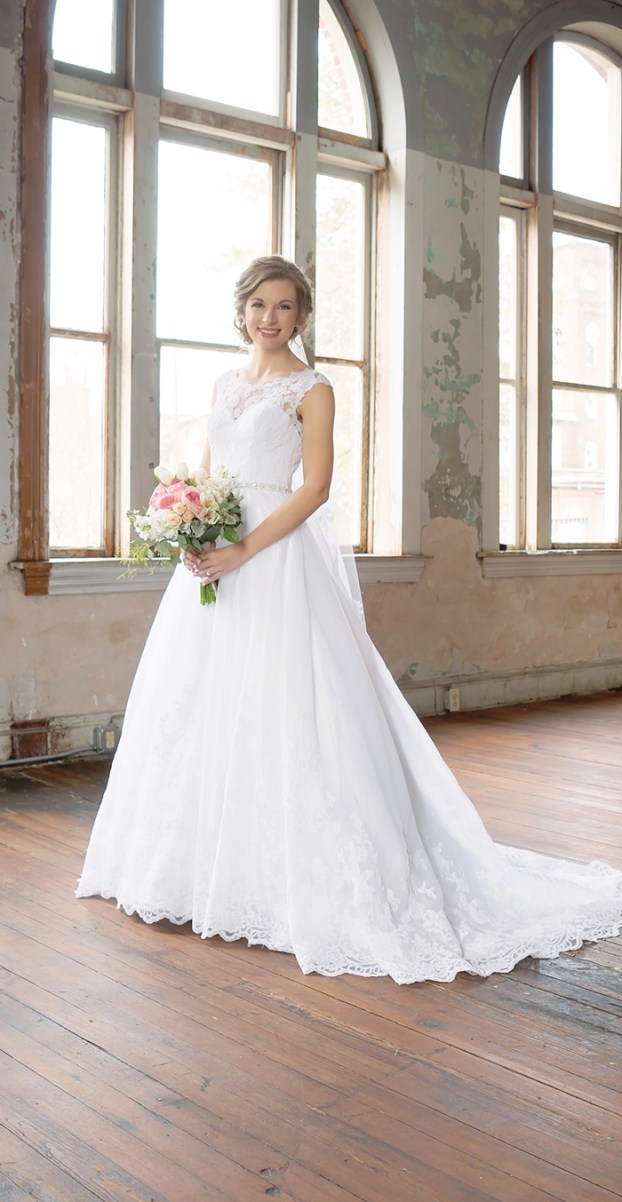 The bride is the daughter of Pastor and Mrs. Robert Hutchens of Kernersville. Hannah is the granddaughter of Mr. and Mrs. William Burke of Clemmons. She is also the granddaughter of Alice Hutchens of Kernersville and the late Blain S. Hutchens. Hannah is a 2011 graduate of Gospel Light Christian School and also received a Radiography degree from Forsyth Technical Community College. She is employed as an X-ray tech with Novant Health.

The groom is the son of Barna Saunders and the step-son of Jill Saunders of Kernersville. He is the grandson of the late Barna Hulin Saunders, Sr. and Maggie Jane Saunders. Zachary is a 2011 graduate of Gospel Light Christian School and also received an Automotive System Technology degree from Forsyth Technical Community College. He is employed by LeBleu.

The bride was given in marriage by her father. She wore a formal gown of organza and a full tulle and lace ball gown skirt. The gown featured a sweetheart neckline complimented by a scalloped lace illusion overlay. A narrow beaded band accentuated the waist. The lace illusion overlay continued over a deep V back, completed by covered buttons and a chapel length train. She carried a cascading bouquet of pink and white peonies, sweetheart roses and tulips. Pinned on the bouquet was a picture of her late grandfather.

The matron of honor was the bride’s sister Bethany Mitchell of Kernersville. The bridesmaids were Rebekah Passe, Heather Darnell and Kayla Atkins. They wore knee length rose color lace dresses which featured a sweetheart neckline and lace back overlay with cap sleeves. They carried bouquets of lilac roses and white tulips tipped in a pink.

Wedding music was provided by pianist and vocalist Jennifer White. The wedding director was Ben Comer.

Following the wedding, a reception was given by the bride’s parents at the Sedge Garden Community Center. The wedding cake was cut by the bride’s great-aunts Brenda Swain and Manchel Tesh.

After a honeymoon trip to Cancun, Mexico, the couple will live in Kernersville.

Ashley Caroline Shaver and Caleb Zachary Cates were united in marriage on Saturday, June 25, 2016 at four o’clock at... read more