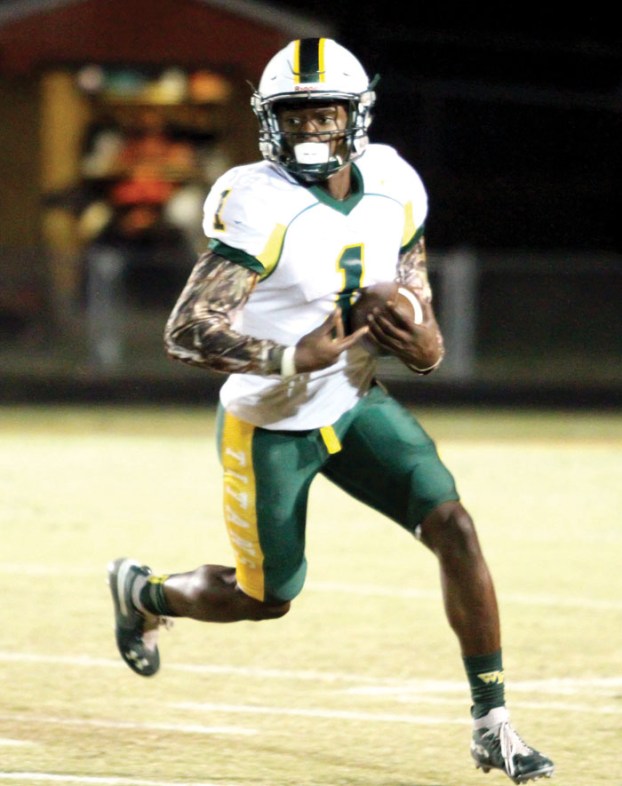 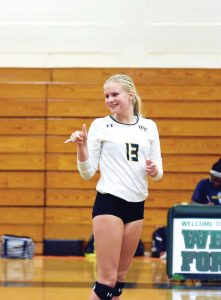 By Mark Pruitt
For the Clemmons Courier

A total of 36 athletes across seven different sports were awarded the all-conference distinction, with three of those — G’mone Wilson (football), Andrew Okon (boys cross country) and Kendall Phillips (girls cross country) receiving were also recognized for being the player of the year of runner of the year.

Wilson, who helped lead the Titans to an 11-2 finish and a third-round appearance in the NCHSAA 4-AA playoffs, was named the Offensive Player of the Year in the CPC. He finished the season with 1,934 rushing yards and 32 touchdowns and 396 receiving yards and four touchdown catches.

Okon, a senior who transferred to West from Maryland before the start of the school year, won the CPC conference meet in October. He also earned all-region honors with a sixth-place finish at the 4A Midwest Regional in November and finished 21st in the 4-A state championship meet.

Phillips, a junior captured the girl’s conference championship, was second at the Midwest 4-A Regional, and earned all-state honors with a seventh-place finish at the 4-A state championships.

The Titans had 10 players — six on offense, four on defense — on the team that won the CPC championship.

Joining Wilson were senior running back Zy Dillard, who also finished with more than 1,000 rushing yards this season (1,230 yards, 10 touchdowns) and three offensive lineman who provided the running lanes for the talented tandem.

Joining Okon on the all-conference team for the boys was Jeremy Eldredge, who was also all-region after a fourth-place finish, Jackson Nichols (sixth at the CPC meet), Will Atkins (the defending state champion in the 1,000 meters indoors and who has signed to run at Duke) who finished 12th at CPC meet, and Wesley Haggstrom (14th).

Nathan Newsome, who was in his first season coaching both the boys and girls teams, was also recognized as the Coach of the Year for both teams.

Taryn Price, Kennedy Hairston, Clara LaRue, and Madie Lichty — who has signed to play sand volleyball for Florida Gulf Coast — helped the Titans to a 24-5 record, including a 9-1 mark in league play, and an appearance in the fourth round of the NCHSAA 4-A tournament.

Four players from the boys soccer team — Mason Paschold, John-John Dickenson, Tyler Henson and Max Fuerher were all honored for helping the Titans finish second in the conference at 17-4-1 (8-2 CPC).

Four members of the girls tennis team also were selected as all-conference.

Congratulations to all these Titans for their distinguished seasons and their recognitions.

By Marc Pruitt For the Clemmons Courier How does the West Forsyth girls basketball team plan to follow up on... read more