Column: Court system working to get through pandemic

By Jones Byrd
Special to the Clemmons Courier

As everyone is aware, we are in the midst of a historically turbulent time as we work our way through a global pandemic and reckon with social justice issues in long-overdue fashion. Amid the shifting sands of our current landscape, stakeholders in our local court system (including judges, the district attorney’s office, the public defender’s office, the private bar, the clerk of court, probation, and local law enforcement) have been working diligently as we attempt to maintain both progress and safety in the way courthouse operations are conducted. 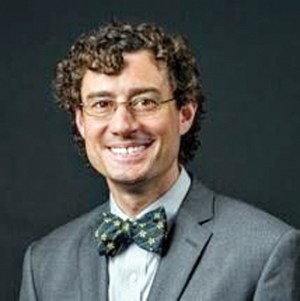 On March 16, Chief Justice Cheri Beasley of the N.C. Supreme Court issued the first of several emergency directives affecting courts throughout our state. Initially, day-to-day functions of the court were reduced significantly, though certain functions remained constant through what was colloquially (though maybe not entirely accurately) referred to as a “court closure.” During that initial phase, our courts continued to hold first appearances, bond hearings, juvenile matters, involuntary commitments, and certain criminal court pleas involving in-custody individuals. Over the last several months, our courts have utilized remote technology to conduct business, such as certain hearings in criminal courts (with all parties’ consent), requests for emergency relief and a wide variety of civil matters, as well as Treatment Courts (such as Veteran’s Treatment Court, Mental Health Court, and Adult Drug Treatment Court), in order to reduce the number of people at the courthouse but still provide the services upon which our community relies.

Starting on June 1, courts were authorized to begin functioning in a manner a bit more recognizable, though still far from what would have been considered “normal” back in late February or early March. Both civil and criminal courts have continued to utilize remote technology for certain hearings, and in-person hearings have been calendared for scheduled intervals throughout the day and week in order to maintain the ability to socially-distance at the courthouse.

There are several online resources available to inform our community of the status of courthouse functions and to help to conduct court safely. The current plan for criminal courts on a courtroom-by-courtroom basis can be found at https://forsythcountyclerk.com/criminal-district-courts-operations-plan/, including links to dockets that indicate which individuals need to be present in court on their scheduled date. People charged with crimes that would like to request court-appointed counsel can do so in advance of a first court date by completing an online form and following instructions at www.forsythcountyclerk.com/defender.

Additionally, courthouse stakeholders have consulted with doctors, the Forsyth County Health Department, and other healthcare professionals to plan to run court in as safe a manner as possible. Hand sanitizer is available on dispensers throughout the building, seating has been altered to require social distancing throughout the building, floors have been marked in a way to keep people a safe distance from each other in rooms where waiting in line or congregating would typically occur, and masks are required, pursuant to local policy and the most recent emergency directive from the chief justice.

Like a lot of day-to-day activities in society right now, the court system’s operations are a work in progress. If there is a way you feel that the court system could better serve you as we navigate this uncertain time, please do not hesitate to talk to a member of the courthouse community to voice your suggestions and concerns. The only way forward is together, and we are all committed to making the courthouse a place where everybody feels safe to seek justice.

Letters to the editor — July 23

Generation Z will go down as the dumbest generation I am a Gen Z that is currently in college, and... read more