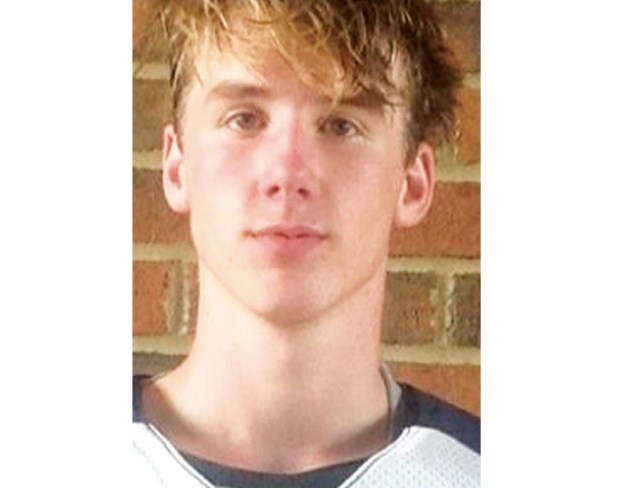 The Forsyth Country Day School boys lacrosse team captured the NCISAA championship in 2016. As coach Marc Winbush prepared for another run in 2017, he had a huge void at goalie.

Something remarkable happened. A young prospect came out of nowhere. Noble Smith stepped into the goalie spot as an eighth grader and was unfazed. As a result, Smith and the Furies soared to state runner-up in 2017.

Smith’s eighth-grade season implied unlimited potential, and he has met all expectations. He’s been a centerpiece at FCD since his arrival, and he recently committed to a Division-I program. Next year he will play for Marist College in Poughkeepsie, N.Y.

Smith, a senior at FCD in Lewisville, lives in Advance. He is the son of David and Amanda Smith.

“From the time I met him when he joined our local club team, he had a certain zeal for life,” he said. “He talked to me at practice one day. My high school team had just finished winning the state championship, and he introduced himself to me at practice. I mentioned to him: ‘Well, our goalie just graduated, so we actually don’t have a goalie next year.’ That was on a Sunday and on Monday he had already talked to his parents about applying to come to (FCD). That was in December. He transferred to our school (shortly thereafter) and actually ended up being the starting goalie on the varsity team in eighth grade.”

Smith beat out a senior for the starting job.

“We had someone coming from baseball to try to play for us,” Winbush said. “That was before I met Noble. Seeing his skills even as a young player, he was more poised and ready to go play that position. So I opted to work with him as the starting goalie rather than an inexperienced senior.”
Immediately, Smith was a game-changing presence for a high-powered squad.

Smith is a tremendous talent who plays and practices unbelievably hard. He’s like a walking 5-Hour Energy drink.

“He’s definitely a natural athlete,” Winbush said. “But his work ethic is also above board for many, many players. He would actually make me tired by how much he wanted to practice. I was trying to keep up with him. He always sought out coaching, always sought the opportunity to go play. So I always commended him for that and the support he had from his family to go wherever he needed to to have an opportunity to play (at the college level).”

After the state runner-up finish, the Furies reached to the state semifinals one year and the 2020 season could have been really special if it weren’t for COVID-19. Last spring they were 1-1 when the season was stopped in mid-March. It’s easy to wonder what could have been.

“We would have probably made the (state) championship game this past spring,” Winbush said. “With Noble in the goal, two other Division-I caliber athletes and five or six other prominent players, we would have been a very good team.”

Smith is considered among the top goalies in the nation in the Class of 2021.

“No. 1, he’s fearless,” Winbush said. “Having a three-pound, hard rubber item flying at you at any time, he sacrifices his body all the time. He also has quick hands and feet. He plays very powerful inside the goal and now his first step is so great. When you have a goalie that really should be scored on but somehow they’re able to put their skills in place, react in a fraction of a second and make really good saves, that’s the kind of goalie he is.

“Some of the top college teams in the whole country were looking at him. He was rated the No. 1 goalie in his class at one of the top showcases in Maryland this summer. So he was really looking to go to a rather large school, but he made the best choice for him at Marist.”

The Red Foxes have soared to unprecedented heights under 10th-year coach Keegan Wilkinson. Not counting 2020 when they only got to play six games before the virus hit, they’ve achieved four winning seasons in five years. They have reached the Metro Atlantic Athletic Conference (MAAC) championship game four straight times. They grabbed their first national ranking in 2015, the same year they notched their first NCAA Tournament victory.

“We always talk to the kids about what they want academically from the school, not just lacrosse,” Winbush said. “If lacrosse is out of the picture, what do you want to take away from that school? Marist is a very good program to be a part of. They’re not someone you see on ESPN all the time, but they have a very good program and very good history.”

PGA Director of Coaching Jimmy McMullen at The Golf Academy at Salem Glen will be conducting a 13-hour golf marathon... read more