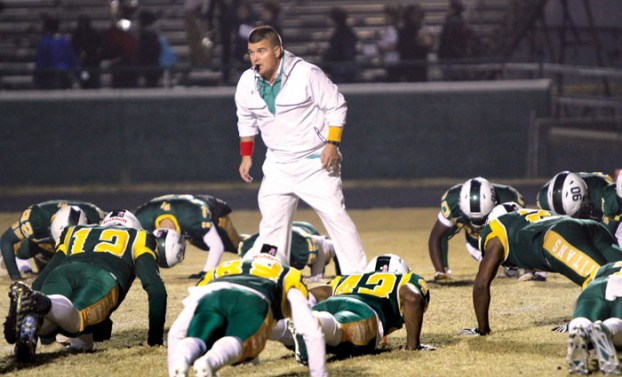 ‘It is what it is’ — West Forsyth football practice scheduled to begin Feb. 8, first game slated for Feb. 28

This is normally a week filled with euphoria because the NCHSAA high school football playoffs were originally scheduled to have started Friday night across the state. But this is the nightmare that is 2020, and, with the widespread outbreak of COVID-19, that won’t be happening this fall.

It’s usually a five-week blitz toward crowning a state champion. Instead, there will be quiet stadiums and only hopes of football starting practice in February.

That’s certainly the case at Jerry Peoples Stadium in Clemmons for perennial NCHSAA Class 4-A state-playoff team West Forsyth and its coach, Adrian Snow. Because of concerns over COVID-19, the NCHSAA pushed back football, which usually starts practice in early August and finishes its playoffs in mid-December. Now, practice is scheduled to start Feb. 8 and the first game in a seven-week compressed season is scheduled to begin Feb. 28.

“It is what it is. You can’t control it,” Snow said. “So at the end of the day you’ve just got to go with what they say. And that’s the bottom line. We just do the best we can, and we’ve got to make adjustments the best we can and go from there.”

The NCHSAA state playoffs will also be compressed in the spring. The final week of the regular season is scheduled for April 9, with four scheduled weeks of playoffs instead of five.

“To use the phrase, ‘I don’t know,’ a lot, and so you just never knew what was going to go on,” Snow said. “It was basically all about making adjustments and you’ve got to make adjustments and go from there.”

Snow used an analogy he knows all too well to describe the difference in how things have operated.

Although high school football is slated to return in late winter, many teams, coaches and players have to adjust their body clocks.

“I’d rather play in the fall, but they didn’t give me an opportunity to do that,” Snow said. “So we’re going to play in the spring or whatever they’re calling when we’re playing — winter, spring — and do the best we can and go from there.”

The changes have been an adjustment to the body clocks of football coaches and players.

“I think this is the first time in like 30-some years that I’ve not coached football in the fall,” Snow said. “I’ve coached for been a part of it, I think it was 37 years, is what I was thinking.

Winston-Salem/Forsyth County Schools have have virtual learning from home since the start of school in August instead of in-school learning because of COVID-19 concerns. Therefore, students who are also athletes have to have to come to West Forsyth for workouts, which started in August. There are strict protocols in which each team must adhere.

“If you could see what I deal with with our kids and understanding what they go through, and the emotional aspects of what they’re dealing with I think people would understand they need to be in school,” Snow said. “Everybody wants them to be safe, and there’s no doubt about that. I think everybody wants that.

“But finding a way to get them back in school is the best thing for the kids.”

Although there are no games they have had a chance to get together as a team, including now being able to use the weight room, which wasn’t allowed earlier this summer and fall.

“Anything when you get a chance to get the kids together to do something is good,” Snow said. “They really don’t care because they just want to be together, and that’s a big thing. So it ended up being a positive for them.”

The 11-game regular season was to have ended last Friday in Clemmons against Central Piedmont 4-A foe Glenn in a rematch of the game that was played to determine the conference champion last year in Kernersville. West Forsyth won that game 34-7, captured the conference championship, and finished the season 11-2 overall and 4-1 in the conference. The Titans received a first-round bye in the NCHSAA Class 4-AA playoffs, and they defeated conference- and county-rival Reagan 28-12 at home in the second round, but they lost to Charlotte Vance 35-7 in the quarterfinals at home.

If the season goes off as scheduled in February it will have been almost 15 months since West Forsyth last played a game. The Titans will play two non-conference games and five conference games.

Despite the prospect of playing four less non-conference games, starting in February, there will be some familiarity with a normal season because each of the six Central Piedmont 4-A teams — West Forsyth, East Forsyth, Glenn, Reagan, Reynolds and Davie County — are scheduled to play each other in a five-week sprint.

“We’re going to play the league, which is good,” Snow said. “I didn’t care. I just want to be able to play.”

By Jay Spivey For the Clemmons Courier High school athletics have been ground to a halt since mid-March because of... read more