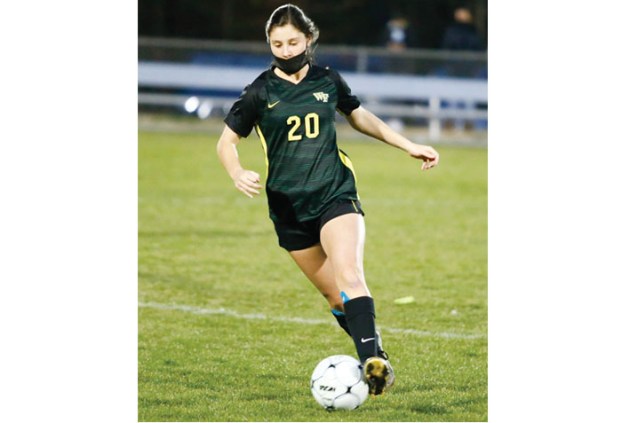 Spring sports get cranked up at West

Five high school sports started this week across North Carolina within the NCHSAA, and for four of those sports it’s been a tough last 12 months since they last played.

Those sports, along with girls golf, which is normally a fall sport, all started play this week at West Forsyth, as well the rest of North Carolina. Some other sports that are normally played in the spring have either concluded their regular seasons and are in the playoffs or will start practice in April. Boys and girls lacrosse, which normally start together in March, finished their regular seasons and started their playoffs this week, and the West Forsyth girls were the No. 1 seed from the Central Piedmont 4-A and were the No. 8 overall seed for the girls tournament, playing No. 9 Charlotte Ardrey Kell on Monday in the first round of the girls playoffs. The West Forsyth boys lacrosse team didn’t make the playoffs.

Baseball and boys and girls track and field will start practice in April. Girls tennis, which is also normally played in the fall, was pushed back to the spring this school year.

The softball team at West Forsyth, coached by Kevin Baity, has always been one of the perennial favorites to not only win the Central Piedmont 4-A, it is always in the mix to win the NCHSAA Class 4-A state championship. West Forsyth won the 2016 state championship after sweeping Fayetteville Cape Fear at N.C. State in Raleigh. In 2017, the Titans finished 15-11, were third in Central Piedmont 4-A and lost to Southwest Guilford in the 2017 playoffs The Titans were 20-7, were runners-up in the Central Piedmont 4-A, and lost to South Caldwell in the third round of the playoffs. And in 2019, the last time the Titans completed a season, they finished 22-4 overall, went undefeated in the conference, and after having a first-round bye in the NCHSAA Class 4-A playoffs, West Forsyth lost to Scotland County.

Last year, West Forsyth opened with a loss at Oak Grove, but defeated Starmount in its next game. That win was followed by a loss to Surry Central, and again countered with a win against North Surry. It defeated Wilkes Central 16-1 last March 10, and lost to Central Davidson 6-2 the following day, which turned out to be the final game the Titans played last year because of COVID-19.

Although there are always changes to be made, especially after graduations, the biggest change this season will be the coach. Baity has retired and has been replaced by longtime assistant Brian Bowman.

As for the players at West Forsyth, the Titans lost Samantha Martin, Leah Harding, Dani Guerri and Reagan Wall to graduation. However, the Titans have five seniors this season — pitchers Bailey Coleman and Ambur Howerton, who is also on the girls golf team, as well as shortstop Bella Flynn, third baseman Jessica Martin, Samantha’s sister, and Torrey Kridel, who will play second and center field. Flynn and Jessica Martin have started at West Forsyth since they were freshmen.

Sophomore Abby Hunter, who played on the girls basketball team, will rotate with Kridel at second and center, junior Caroline Johnson will rotate with fellow junior Emily Mutter at first base and catcher. Mutter will bat leadoff, and Hunter, Johnson, Mutter and Jessica Martin will be the power hitters. Junior Olivia Chappell will start in left field.

Another spring sports team at West Forsyth that has been dominant over the years has been the girls soccer team with Coach Scott Bilton. The Titans won the NCHSAA Class 4-A state championship in 2017 after going 26-1-1 overall and 12-0 in the Central Piedmont 4-A, and defeated Raleigh Cardinal Gibbons in the state championship at N.C. State in Raleigh. In 2018, the Titans were 17-4 overall and 8-2 in the conference. They defeated Greensboro Page in their first playoff game, but they lost at Charlotte Myers Park in the next game. Two years ago West Forsyth was once again dominant and went 23-0 and 10-0 in the conference before losing 2-1 to Southern Pines Pinecrest in the NCHSAA Class 4-A West Regional final.

The Titans, who return 14 players from last year’s shortened season, start Central Piedmont 4-A conference play on Monday with a home game against East Forsyth, followed by another conference game at Davie on Wednesday. However, Bilton will have to replace seniors Cami Belin, Justiss Hunter, who were both captains and defenders, as well as Julissa Lopez and Sophia Para Borges. Catherine Byun was also a senior, but was unclear as to whether she would play last year because she suffered a concussion during the girls basketball season. The Titans will be relying on sophomore Raegan Williams and juniors Shelby Lowder and Caroline Dailey. Much of last season’s offense is gone, but Lowder was the second leading scorer her freshman season.

Boys and girls golf will also have new coaches. Jimmy McMullen, who coached both the girls and boys, resigned. Kevin King, who is also the boys basketball coach at West Forsyth, will be the boys golf coach, and Bill Walwik, who taught previously at the Career Center, and before that, was girls head coach at Davie County, will be the girls coach at West Forsyth. Walwik was also an assistant coach with King for the boys basketball team this past season.

The boys golf team, which also had it season halted last year, should be led by Mason Beshears, who won the Forsyth Junior last August. King said he was plenty of depth, led by Jack McCarthy and Daniel Stamey.

King said that Reynolds is the team to beat in the Central Piedmont 4-A, but West Forsyth should be just behind Reynolds. West Forsyth will be playing host to the NCHSAA Class 4-A boys and girls regionals at Salem Glen. The boys Class 4-A Midwest Regional is May 3, and the girls Class 4-A West Regional is May 4. The Class 4-A boys state championship is May 10 at Pinehurst No. 2, and the Class 4-A girls state championship is May 11 at Pinehurst No. 1.

The girls, which completed its last season in the fall of 2019, haven’t played since. The girls team for the Titans will be led by Mary-Paige King, King’s daughter. The other four starters will be Sally Toalson, Paige Sidney, Howerton, and Peyton Hiller. Sidney and Toalson are freshmen.

Walwik said that Reagan will be the favorite to win the Central Piedmont 4-A girls championship, but West Forsyth should be in strong position for the regionals.

In boys tennis, West Forsyth will be back after also having its season halted early last year. Led by Coach Sara Cranford, the Titans finished 5-10 overall in 2019 and 4-6 in the conference in the last year they played a complete season. They were 1-2 last year, with a conference win against East Forsyth, as well as a conference loss to Davie County and a nonconference loss to Mount Tabor, when the season was stopped.

West Forsyth opened this season on Wednesday with a conference road match against Davie County.

By Chris Van Kleeck West Forsyth High School It would be an understatement to say baseball runs in the Cox... read more