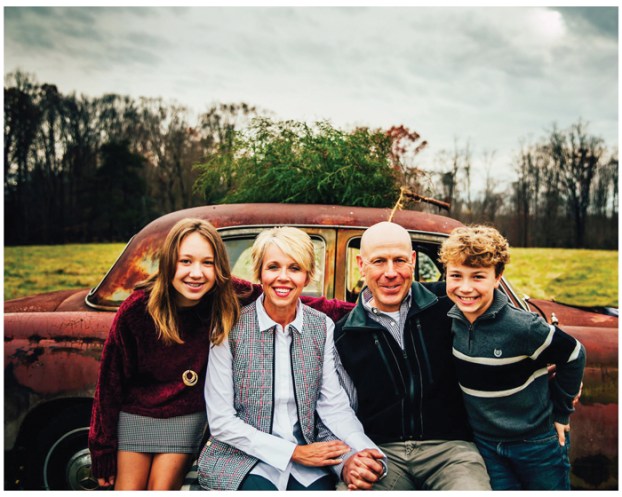 Matt Hinchliffe grew up outside of Canton, Ohio, as the youngest of three kids. Like many kids, Hinchliffe enjoyed sports to occupy his childhood including baseball, football and wrestling. However, his true passion was ignited early on in life with learning about how to fix and improve cars. “My grandfather was good at everything,” says Hinchliffe who began tinkering with cars as a kid. “I bought my first ’62 Ford Fairland for just $50 when I was 16 years old. I would have to fix it because it would break and fix it again which helped me learn more and more about cars and how they worked. I called it the Batmobile because it had a tail fins,” remembers Hinchliffe fondly.

Hinchliffe decided to attend the University of Akron to study mechanical engineering. “At that time, I didn’t know what I would do with it, but I was hoping it would be useful,” says Hinchliffe. His once hobby for cars even helped pay for his college as he worked on cars during the day and took classes at night. When Hinchliffe graduated, he ended up heading back home to work as an application engineer in a processing plant. “I worked for a group that did a lot of galvanizing and shaping of guard rails,” explains Hinchliffe. “Initially when I got out of college, I had thought about heading to North Carolina. I had read about some positions in the Raleigh News and Observer and was intrigued with the area. The opportunity hadn’t presented itself at that time though during the late ’80s and early ’90s.”

Hinchliffe was approached to hone his application engineering skills for a company that would ultimately allow him to move to North Carolina. “I was able to travel the world doing what I liked doing in my job that had environmental impacts, such as pollution control,” says Hinchliffe. “I was excited to have the opportunity to do it in North Carolina though.”

Hinchliffe would also find North Carolina would be where his family roots would be established as well. “In the beginning of ’06, some friends of mine that I cycled with set me up with my future wife, Suzanne,” smiles Hinchliffe. “I met Suzanne in January of 2006 and we were married the same year in May. We knew very quickly.”

The Hinchliffes didn’t wait too long to add to their family. They welcomed daughter, Carlyn (2007) and son, Eli (2011). “We had a lot of change and took chances not long after our first child was born. Suzanne really helped push me to start my own company, L&M Industrial Contracting after being with the same company for 10 years. I am glad she did because it’s been a fantastic opportunity. Our company specializes in the installation, sales and service of both metallic and non-metallic expansion joints and flexible members in ducting/air handling systems. We oversee maintenance services that are typical at utilities and power plants, paper mills, steel mills, and other commercial facilities. Our biggest client currently is Duke Energy,” explains Hinchliffe.

Hinchliffe, the eternal entrepreneur, has discussed with Suzanne expanding L&M Industrial Contracting to include home improvement projects and renovations. “With my work experience, and passion for improvement, getting into the real estate venture with Suzanne makes a lot of sense to me. I like making sure that things are done right, and a person’s home is an important investment,” notes Hinchliffe. “Suzanne retired from her corporate job and has incredible skills that would be a huge asset to this expansion of services.”

Hinchliffe hasn’t completely forgone his other passion of restoring cars while growing L&M Industrial Contracting. Currently in his garage he has a ’73 Ford Bronco and an ’83 Jeep Scrambler. “My son, Eli helps me work on these cars. The kid is only 10 and he already knows how to weld. You should have seen his face when I brought home the Jeep knowing he got to work on it,” recalls Hinchliffe. “It’s a great way to teach him about hydraulics through the brake system in a real hands-on way.” Hinchliffe admits to enjoying the process of restoring these classics. “It’s not even the finished product that is the best part. It’s the hunt to find the items needed to get it back in working order and improve it. The people you meet along the way and the journey of it all. It’s special to now get to share in that enjoyment with Eli,” says Hinchliffe.

Having improved more than a dozen cars, Hinchliffe is looking forward to his next chapter of home improvements with Suzanne. What our neighbor knows for certain is that the journey will always be most successful when his family is involved in his passion.