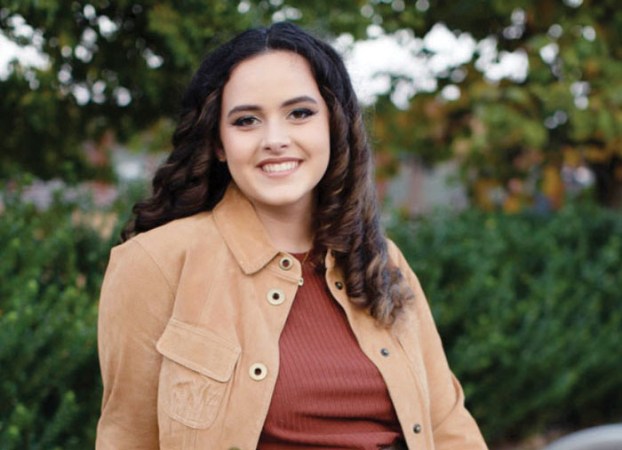 By Treyce Warner
For the Clemmons Courier

Talk about music to your ears. Senior Carissa Bryant has been awarded the Chancellor’s Scholarship at Appalachian State University, and she plans on majoring in music therapy to help heal those in need.

The Chancellor’s Scholarship is Appalachian’s oldest and most academically competitive merit-based scholarship and covers full institutional costs for four years of study.

Appalachian has always had a special place in Bryant’s heart, where she has attended many camps and tours throughout her life.

“I’ve always wanted to go to App, because their school of music is really good, and I’ve been going there for years.”

After speaking to a band director at an Appalachian summer music camp, she discovered music therapy and immediately set her sights on the major.

“He was like, ‘Well, you really like helping people and you really like music so, here you go, just combine the two and come to App,’” Bryant said, recounting the conversation.

Growing up around music and performing it impacted her decision as well. “I’ve been playing in a band since middle school, and I knew I always wanted to do something with music, but I didn’t think it would be possible until now,” she said.

Her dedication and hard work have paid off, allowing her to find a pathway to do what she loves. She says it has been her dream since seventh grade.

Bryant was hesitant to apply at first since she knew that the scholarship was so competitive, but she decided to take the chance.

“I was hoping to get into the Honors College, and I was hoping to get (the scholarship interview), but I honestly didn’t know if I would. I was trying to keep my expectations low, but it was one of those things where you just give it a shot anyway and hope you make it. Like, what’s the worst that can happen?”

Fortunately, Bryant was given the interview and knocked it out of the park, earning her a spot in the scholarship program.

Even more impressive than the scholarship is Bryant’s benevolence. She is currently the president of The Key Club at West Forsyth, and she earned her Gold Award through Girl Scouts of America by helping Samaritan Ministries.

Her willingness to help others is reflected in her music therapy major, where she plans on either educating the youth or soothing the elderly.

“An early internship would be possible, but if I wanted to go straight into the field, there are a bunch of careers I can do with my major. I could work with young kids to aid early mental development, especially those with special needs, or all the way up to older people, where I could help those with Alzheimer’s or dementia.”

In addition to covering academic costs, The Chancellor’s Scholarship also includes travel opportunities, which for Bryant will begin with a research trip to Ireland during the summer of 2022.

Carissa is the daughter of Theresa and Chris Bryant of Lewisville.

Treyce Warner is a junior at West Forsyth High School and opinion writer for the Zephyr during the 2020-2021 school year. This is his first year on the staff. He is a nationally competitive gymnast and enjoys writing, exercise and playing guitar. Math is his least favorite thing in existence.

Your Neighbor: Meet Will Munster

By Mandy Haggerson For the Clemmons Courier Will Munster has always been driven and fueled by hard work and channeling... read more