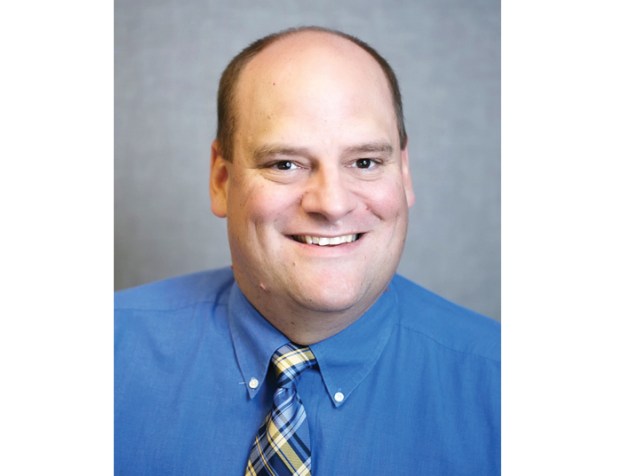 Your Neighbor: Meet Will Munster

Will Munster has always been driven and fueled by hard work and channeling his passion from a young age. “I self-taught myself how to play the piano when I was in elementary school,” recalls Munster. “Both of my parents were talented musically, so it was always around my sisters and I.” An active member of his school’s marching band, Munster was versed in several instruments. Munster’s musicality also included choral singing. “Fortunately, growing up in Pittsburgh, Pennsylvania, you could sing from the age of 6 to 96,” mentions Munster.

Munster found a way to combine his love for music and make money even as a high school student. “I liked the independence of earning my own spending money. I got a job playing the organ at a church when I was in high school,” explains Munster. He got a second job delivering newspapers to further supplement his income. “The choral director at my church really wanted me to go to college for music,” says Munster. He wouldn’t find out until later that he was awarded a scholarship for music which he never accepted. “My parents didn’t let me know that I had been given a musical scholarship because they had really wanted me to focus on math and science,” explains Munster.

Munster’s next steps took him to Thiel College in Greenville, Pennsylvania. “Both my father and grandfather attended the liberal arts college. It has a beautiful campus too,” reflects Munster. He was always thinking big picture and wanted to also take advantage of their binary program which would afford him the opportunity to get multiple academic disciplines. “At Thiel College, I was able to get my liberal arts concentrations and at Case Western University in Cleveland, Ohio, I could get my civil engineering degree because of the binary program,” says Munster. “It is always an interesting interview question on how I was able to graduate at the same time in two different states,” laughs Munster.

Munster would find that his college experience would lead him down another pivotal path. “I met my future wife, Robin, while I was at Case Western. Although, I was a junior, I still lived in the dorms because as an introvert it was a great way to know people. I had even signed up to be the mailman as a job for my dorm because I wanted to earn extra money and meet people. Robin had remembered me for picking to sign up for this job and because she would later tell me that during an ice-breaker question, I had given an answer she was surprised by. I had chosen vanilla as my favorite flavor for ice cream, and she thought to herself, ‘what nerd ball does that with all the choices out there,’ ” jokes Munster. The self-proclaimed introvert, Munster got a great opportunity delivered to him to finally ask out Robin courtesy of his future mother-in-law. “My mother-in-law knew that Robin was interested in me, and she baked an apple pie. She called up Robin and said she had made a hot apple pie and told her to deliver it to the mailman, not mentioning me by name. Robin, initially reluctant, followed her mother’s orders and the rest is history. At our wedding, a song was sung about apple pies. I even have a Christmas ornament of one as an inside joke about the role it played in starting our life together,” smiles Munster.

After Munster graduated, he got his first job in Cleveland, Ohio, in 1995. Robin finished her nursing program at Case Western six months after they were married. “Two years after I graduated, I was approached by one of the companies that I interacted with regularly. The only catch was that it was located down in North Carolina,” explains Munster. “Robin was pregnant with our oldest, Andrew (now 23), and we had to leave the comfort of being so close to family.” The move ended up being a positive one for the Munster family. “We immediately felt welcomed by the southern hospitality of Clemmons. We could tell it was going to be a great place to raise a family. Even now, when we drive through our neighborhood in Waterford, you wave to people and know them and their families. We feel so fortunate.”

Munster’s position at Lyndon Steel Company taught the engineer a lot. “During my seven years there, I asked to broaden my job knowledge to include accounting as well. I wanted to learn and apply various aspects of business to my resumé. I got bored with doing the same thing, and I decided to go back to Wake Forest University to get my master of business administration,” explains Munster. “I knew that because I wasn’t just a project manager or civil engineer or construction guy, I could understand other industries,” says Munster. When Munster’s company was sold after seven years, he realized that working elsewhere would be the best option for him. After various companies and positions as a controller, safety manager and working in human resources, he was approached by the son of his old boss and owner at Lyndon Steel. “It’s funny how things come full circle, but when Dave Atkins reached out to me about starting up our own business, it made all the sense in the world,” explains Munster. “I told him that I would come on once we could afford to pay me my salary, and that didn’t take too long. In November 2017, I had come on as co-owner and CFO at AM Erectors. We’re good at what we do because we aren’t greedy which is huge in this business. We subcontract everything out so everyone who works for us does what they are good at. We line up the equipment, manage the work and contracts, and never have to put up the steel. The guys who do that get to focus on it 100%.”

Munster credits the success of AM Erectors to earning the respect of how he treats his subcontractors, hiring the right people for the job, and ensuring quality of work in each project. “With the success of the company, I have wanted to give back to the community. I think that’s important,” says the active dad to Andrew, Alec (19), Aaron and Abby (13) and Aiden (10). “I’ve always helped coach my children’s athletic teams while they’ve grown up,” says Munster. He has also participated on various boards where he is able to lend his talents such as the Piedmont Chamber Singers. “I’ve been in various choral groups through the years and have always enjoyed continuing that passion,” notes Munster.

Being a good citizen in the community, Munster believes is important also for your children to see. “Supporting the teachers and what they need in the classroom, sponsoring their Little League teams for uniforms, are all things that have been important to Robin and me. We also like supporting the arts and giving people who might not be able to afford experiencing it first-hand the opportunity,” says Munster. “Trying to make our community a better place when and where we can is something that we will always strive to accomplish.”